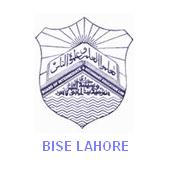 The board of intermediate and secondary education (BI&SE) Lahore has announced the annual result of Matric 2017 on Tuesday, July 25, 2017. Names of top position holders were announced on Monday, 24th July 2017. The prize distribution ceremony was held on 10:00AM of 25-07-2017. Cash prize distribution will be given to talented students of Lahore Board along with the Pass marks certificates.

The annual result of matriculation will be announced on the website. While this result of Class 10th (Science and Arts Groups) will also be published on computer compact discs (CDs). You can purchase CD on payment of Rs.300.

Write Your Roll Number with Area Name in Comment Box, If You Want to Get Result Online

Lahore board has jurisdiction in four districts of the Punjab province. These include

PakTeacher.com wishes good luck to all the students

Enter Your Email Address to get Updates via Email